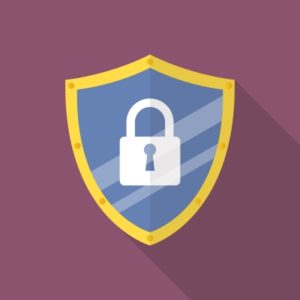 Decades ago, the idea of a cyber attack was unheard of. Today, cyber attacks are incredibly common, with the biggest of them affecting billions of people and costing billions of dollars. CNBC reported that cyber crimes cost the global economy more than $450 billion last year and resulted in the theft of more than two billion personal records.

It can be easy to assume that hackers would be interested in going after the big, multi-national companies and happy to leave small or mid-sized businesses alone.  But, that’s not the case. Nearly half of all cyber attacks are targeted at small businesses. Since smaller companies don’t necessarily have the resources or finances to withstand or respond to the attacks, the effects are often devastating. For example, about 60 percent of smaller companies go out of business within a year of the attack.

While you can’t prevent hackers from trying to break in, you can take steps to protect your business’ information and to protect your computers and software from an attack.

As newer versions of software and operating systems get introduced, companies often stop offering support and updates for older versions. The problem is that plenty of customers, including business customers, don’t necessarily update their OS or software to the newest models. For example, many companies that were affected by the WannaCry/WannaCrypt attacks in May of 2017 were running Windows XP, which Microsoft had long since stopped supporting. In response, Microsoft had to issue an emergency patch  and recently issued a new update to the system, which users need to manually download.

If your business is using any sort of OS or software that’s out-of-date, it’s best to save yourself the headache and upgrade to a newer model. That way, you’ll get timely patches and updates, lowering your computer’s risk of being attacked.

Know Where the Threat Lies

The best way to protect your company from the threat of cyber attacks is to know where the threat could come from. There’s hacking, which is in someone actually breaks their way into your company’s systems and can get access to private information. Then there’s phishing attacks, which is when someone sends a legitimate looking email, pretending to be a bank, the government or another business. The goal of phishing emails is to get you to give up personal and private information, like your passwords.

Another type of attack involves installing “malware,” or “malicious software” on your computer. The WannaCry attacks were an example of malware. The computers affected ended up with a type of software known as ransomware. The hackers threatened to delete information or publish private information, unless the owners of the computer complied with demands.

Hackers don’t always need to use the internet to get to your business’ private information. In some cases, all they need to do is get their hands on a company laptop or smartphone to get all the details they need. A considerable number of cyber attacks actually occur after a piece of hardware, like a laptop, is stolen.

There are several ways you can protect your company’s hardware. One option is to use good old-fashioned locks. Many laptops feature a small port on the side, designed to be connected to Kensington locks. These locks feature a cord that will tether the computer to a desk. Another way to keep hardware locked is to put locks on the doors of any storage areas for computers and on the doors of your business’ server rooms.

Cyber security begins with your employees. It’s important to have a company-wide security policy in place to let employees know what they are allowed to use company equipment for and what is off-limits. For example, your business’ security policy can state that employees are only able to log into the company’s intranet from a company-owned device. It can also require that employees change their passwords frequently and that they use password protected smartphones and laptops for any company-related work.

Educating your employees about the risk of cyber attacks and giving them tips on how to avoid becoming a victim of a hacker, and potentially making your entire company a victim, is also crucial for your business’ overall security.

Want to learn more about how to protect your business from the threat of a cyber attack or how your business can recuperate financially after an attack? Contact the team at New Direction Capital today.