How Being Creative Can Help You Grow Your Business 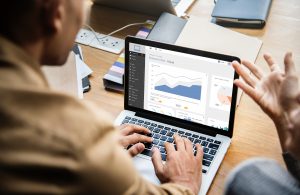 Creativity is something that people often assume other people have. Business owners and entrepreneurs might assume that being creative is something that only applies to those in the arts, such as musicians, painters, and writers.

But the truth is, the most successful businesses have gotten where they are today or have been able to grow and evolve with the times thanks to the creativity of their owners and employees. Being creative isn’t just an artistic pursuit. It’s a must if your goal is to help your business grow and thrive. Here’s how being creative will help you grow your business and some tips to help you spark your creativity.

One of the simplest ways to define creativity is as the process of bringing something new into the world. At the business level, creativity can be defined as taking multiple ideas and merging them together to create one new, completely original idea. The iPhone is an example of creativity in action, as is Netflix’s original business model of offering people DVDs through the mail, and later, access to content over streaming. DVDs existed before Netflix, but there weren’t companies letting people rent them — for an indefinite amount of time — via mail order. Likewise, people could stream videos before Netflix, but the quality was often questionable, as was the legality of doing so.

Why Creativity is a Must for Business Growth

Creativity is often firmly attached to business growth, but many companies believe that they themselves aren’t creative. One study analyzed winners of the Cannes Lions award for excellence in marketing and advertising. The study evaluated award winners based on three factors: How many awards they won, the categories they won, and consistency, based on the number of years the company won awards.

The companies that scored the highest in terms of creativity according to the study also tended to have the highest net value, the highest return to shareholders, and the highest amount of organic revenue growth.

A survey seeking to gauge people’s assessment of creativity and business growth produced similar results. More than 80 percent of business leaders and decision makers said that they agreed that being creative led to business gains such as increased market share and revenue growth.

One reason why creative is so important for the growth of a business is that it provides businesses with a way to set themselves apart. Coming up with something entirely new and different is a must for a creative business. Once a company has what makes it new and different from the rest, it can stand out in what might be a crowded field, getting the attention of new customers and building up a base of loyal, returning customers.

How to Be More Creative

A common mistake people make when it comes to creativity is believing that it’s innate and not a skill that can be developed. People frequently say things along the lines of “I’m just not creative.”

Saying that you’re not creative is in many ways like saying you don’t know French or haven’t read the new bestseller yet. It is a temporary state of being. You can learn to be creative. One of the first steps to take when developing your creativity is to ask yourself questions that have to do with problems your business faces. You can start with one question, such as “how do we differentiate ourselves from our competitors?”, then find ways to rework or rephrase it. Doing so gets you to approach the problem from a new and different angle, and, ideally, come up with a completely new solution to the problem.

Creativity often involves connecting the dots between things that don’t seem to go together at all. One way to start seeing connections between ideas and things is to let yourself explore interests and activities that interest you but that might have nothing to do with your business. Experiences, people you meet, and articles and books you read might not have a direct connection to your company today, but sometime in the near future, you might look back on an experience and get an idea that takes your company to the next level.

If you’re looking for ways to grow your business in the new year, the team at New Direction Capital can help. Contact us today to learn more about how our virtual CFO services can help you make a plan for strategic growth.

What to Do Before Buying a Franchise
Next Post: What is a Manager’s Mindset and How Can It Help Your Business?