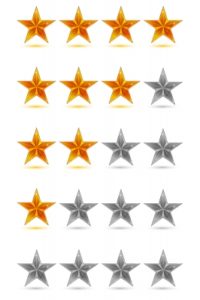 Although many businesses follow the maxim “the customer is always right,” there are occasionally times when the advice gets ignored or thrown out the window. When a big company is behind a customer service gaffe or PR disaster, coverage of the incident is all over the news. The recent case of United Airlines employees trying to forcibly remove a man from a plane, resulting in that man being hurt, is just one example of a poorly planned policy going wrong. Large or small, companies have customer service issues on a regular basis. How your company reacts and what you do determines whether or not your business will survive.

Respond to the Problem

The sooner you or another leader in your company issues a response acknowledging the issue, the better. How you respond depends on the nature of the problem, and there are good ways and bad ways to respond. Trying to pass blame off on the customer isn’t a good way to respond, for example. If the problem is a one-time situation, it’s best to find out what people are saying about the issue and craft a response based on the criticisms of your company and in an attempt to minimize any damage from the situation. If the issue is something that’s been ongoing, your response might include putting together a task force or group to look into the problem and figure out where it is coming from and how best to respond.

Be Empathetic to the Affected Customers

It took the CEO of United three attempts before he released a response that people thought was at least halfway appropriate in light of the incident. The first response ignored the issue entirely. The second response was worse — it put blame on the customer who was removed from the plane. By the time the company got around to issuing a third response, which was an apology, it started to seem as if they were trying to do damage control to avoid a potential lawsuit.

A more effective response would have empathized with the passenger right away and would have avoided the social media fallout that followed the first response. It might have also helped the company avoid the drop in stock prices that went with the incident.

Reach Out to Remaining Customers

Part of doing damage control after a customer service or PR disaster is to get in touch with other customers. When something goes wrong with a company, people’s first inclination is often to boycott that business. To keep your customers from flying to other brands, it’s up to you to initiate contact. You want to rebuild trust and relationships with your customers.

One option is to ask your customers for their feedback. Getting feedback can be particularly helpful in the case of an ongoing problem with customer service at your company. The people who buy from you and who want to continue to buy from you are the most likely to provide you with advice on what you can do to improve.

Along with asking for feedback, you want to make a plan to actually put some of that advice into practice. Once your company has made some of the improvements people have suggested, let them know. Respond to specific pieces of feedback and point out what your company has done to improve those areas.

Focus on the Positive

While you don’t want to look like you’re sweeping the gaffe under the rug, it can be helpful to shine a light on the good things your company is doing after a customer service meltdown. A major PR problem can also be an opportunity for your business to find something positive to work on. For example, if you find that one of your company’s products is being manufactured in a factory with known safety issues, you can partner with an organization that works to improve factory conditions. If your company already does a lot of good for your community, you can issue press releases and social media posts calling people’s attention to those products.

You can’t grow your business if customers are jumping ship. Having a disaster plan in place in case something should go wrong should be part of your business’ plan. To learn more about how to put together a plan and map for growth, contact New Direction Capital today.

Image courtesy of digitalart at FreeDigitalPhotos.net