What to Do Before Buying a Franchise 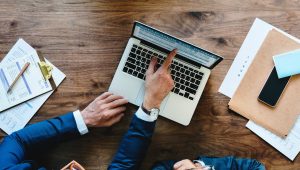 If one of your goals has been to own your own company, one way to do so is by purchasing a franchise. Many people assume that buying a franchise is the “easy way” to get started as a business owner. You are taking ownership of a concept that was created by someone else and don’t have to do the work of coming up with an unique idea or of finding ways to differentiate your business idea from what’s already out there.

Although becoming a franchisee can be less complicated than building a new business from the ground up, it’s not necessarily as simple as it looks. Taking a few steps in advance can help you prepare for being a franchise owner and can help you see if buying a particular franchise is the right option for you.

One thing to do before you become a franchise owner is think about your interests and whether or not a particular franchise is in line with those interests. Although you won’t be flying solo when you buy a franchise, as you’ll have the support and experience of the franchisor to help you along as well as the know-how of any staff you hire, it’s still important that the business concept be something you’re interested in and something you would like to see succeed.

It’s also important that you be interested in seeing the company succeed. Since a franchise is most likely not your own idea, it’s easy to feel somewhat disconnected from it. Some people feel that since the company isn’t their own or their “baby,” then it doesn’t matter as much whether it thrives or not. It’s important to make sure you are as invested in the idea of the franchise as much as you would be invested in a business that you build from the ground up.

Although starting a franchise might be less expensive than building a company from scratch, it does cost money. It’s a good idea to have a firm grasp of how much the franchise will cost to purchase and operate before you jump in. Some of the costs connected to buying a franchise include the franchise fee and equipment expenses. There’s also the cost of hiring people to work for the company, the cost of marketing and the cost of inventory.

At this stage, one question you are likely to have is, how will I pay to get the franchise up and running? Another question might be, how will I keep the company afloat until it starts to earn a profit? At this point, it can be helpful to work with a virtual CFO. A virtual CFO can help you understand financing options that might be available to you, such as business loans or working with investors.

Before you decide to purchase a particular franchise, it’s worth learning more about the company that owns it. Not all franchisors are created equal. Some have very strict rules and regulations for franchisees, so that you feel less like a business owner and more like an employee who has to do exactly what the franchisor says. It’s worth it to find out how much freedom you’ll have to run the business and what factors the franchisor has control or final say over.

Additionally, it’s a good idea to look at the franchisor’s track record. Has the company been around for some time? If so, how long have franchises been available? What’s the typical success rate for the franchisor?

Understand the Market and Competition in Your Area

Another thing to do before you purchase a franchise is determine whether or not there’s a market or demand for that particular franchise in your area. Take a look at the competition nearby. For example, if you are considering purchasing a coffee shop franchise, research the number of other cafes or coffee shops in your area. Do they perform well? Are they missing something that your franchise would provide?

Whether you are considering buying your first franchise or are looking to expand your business portfolio by adding new franchises to it, the team at New Direction Capital can help you determine whether or not a particular business is a good match for you and can help you find the financing you need to get started. Contact us today to learn more.

5 Goals for Every Business in 2019
Next Post: How Being Creative Can Help You Grow Your Business